The most beautiful markets in France

Take your basket under your arm and walk the aisles of the most important markets; you fill it with flowers, fish or mushroom picking is guaranteed!

All the scents and colors of Provence will meet up on Friday morning in the center of Carpentras. Flocking from across the region remained very agricultural, 350 stallholders spread fruits, vegetables, local specialties, crafts, flowers and Similarly, from November to March, some «black diamonds»: the truffle . The atmosphere is Southern: accents singing and jokes fuse. Secular tradition, the market of the former capital of the Comtat goes back to the origin of the city and was even recognized by a papal bull of 1155! Since 1996, he is ranked exception market. 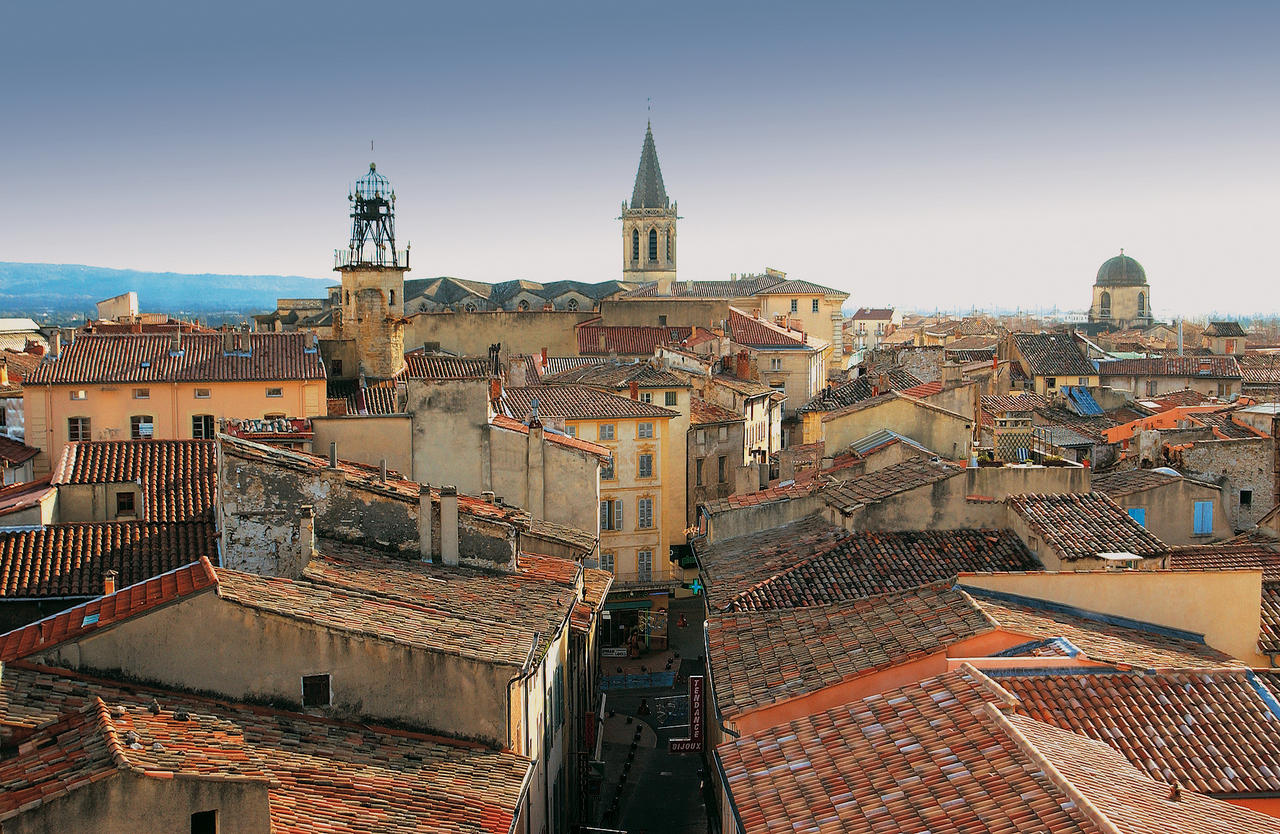 The fish market of the Old Port of Marseille , a true institution, takes place every morning on the Quai des Belges. Fishermen will display their catch of the day, which is a good way to become familiar with local species: scorpion fish, wrasse, galinette, monkfish, sea bream, sea urchin … Better get there before 9 if you want have maximum choice and find all the fish for the preparation of the famous bouillabaisse. This also avoids the endless stream of tourists. For those preparing bouillabaisse scares, Chez Michel ( www.restaurant-michel-13.fr ), facing Catalans Beach is a safe bet.

Just steps from the Conciergerie in Paris , facing the Seine, lies a lush paradise. Roses, lilacs and jasmine fragrant , aromatic plants and small orange trees, bonsai trees and willows or nice height, cacti or trellised clematis: the flower market of the Ile de la Cité offers a campaign puff in the heart of Paris. And also exotic, with its carnivorous plants and Orchid House, where to learn all about this plant, the flower can bloom for three months every year if properly maintain one knows. Sunday, mood change: the flower market gives way to the bird market, as charming and more sound. Place Louis Lépine. Open daily, but only a part of business Monday. There are still flowers on Sundays.

On Saturday morning, Brive-la-Gaillarde out stalls and crates instead of Guierle and under wooden halls (modern) of the Georges Brassens market, the singer who immortalized in Hécatombe the Brivois market, its bawdy and pandores. Y stroll today is be licking their chops before Beaulieu strawberries, figs stuffed with foie gras, «black ass» pigs or succulent duck fat fairs. The last weekend of August, tasty market welcomes the Festival of livestock , the best showcase of the soils after the Paris Agricultural Show.

If you prefer to Cart bag, remember that supermarkets in the sub-prefecture of national tests are used for the launch of consumer products!

Bobos, proles, English tourists, revelers Saturday night … On Sunday morning, the inhabitants of Lille are given appointments on the place of New Adventure Wazemmes, the largest market in the north of Paris . A «fair» to the image of the neighborhood: colorful and cosmopolitan. Around the covered market, we have just as much to do her shopping in fruits, fabrics, flowers or pets that eat spring rolls for drinking a little white on the terrace of one of the many cafes that line the square. To listen to accordion, emblematic instrument of the Wazemmes district, enjoy a drink at the White Horse or wait for the evening to Relax.

Original opening days (Monday morning, December through February), a single product sold (the Tuber melanosporum), commissioners (quality) that roam the stalls, prices that look like stock quotes … the truffle market in St. Alvère is unique. Here, the «black pearl of Périgord», the most sought after, is «pure» neither immature nor degraded or contaminated land and without any foreign body. In addition, this Rolls truffle began to Internet: you can buy it during the day, on the website of the municipality. The price per kilo often is approaching € 1,000. The nose blends well with less noble products (artichokes, celery, avocado), but the ideal is to «trap» the perfume in oil, infused into a sauce or enclosed in a pastry (brioche).

Toulouse has several markets, but it is undoubtedly that of Saint-Aubin who remains the most picturesque, with that mixture of populations comprising both sores from the city center, disheveled night or the streets, artists of all kinds, and farmers from the surrounding countryside come to sell their chickens or live rabbits. Two other markets are deemed to be heavily loaded with good local produce in the department: the Revel , held for over six centuries, with its beautiful medieval market; and that of Granada , also in a hall of the thirteenth century, topped with a belfry and a bell tower. Revel Markets and Granada on Saturday morning; Saint-Aubin, on Sunday morning.

This is the Rennes ritual of Saturday morning . With some 300 stalls and 10 000 visitors concentrated in one morning, it is the second largest market of France. But also one of the most beautiful. Wander among the meat merchants, vegetables or fish while looking up at the houses with wood sides, flirt with the Martenot halls and flower sellers push up the equally authentic Place Saint-Michel. Any break in the town of Rennes-respecting ends with a pancake-sausage, but it will make the tail.

Place Sainte-Anne hosts the Saturday morning market with books and a beautiful ride inspired by the Jules Verne universe .

Every Tuesday morning, the center of L’Aigle , in the country of Ouche, becomes a huge open-air market . Each room or area is seen invested by a specific type of products: poultry, dairy products, butchers … The best way to refuel Norman crafts! The cattle market, which are presented over a thousand animals, horses to cattle through the yearlings and sheep, is a major attraction in this mainly rural department. An old tradition, portrayed in The Memoirs of a donkey, whose author is a great local figure: the Countess of Segur.

The sausage, the local specialty is obviously in the spotlight on the stalls.

Since 1570, in Strasbourg , the Christkindelsmärik (Christmas market) is a tradition on which we sleep like the recipe for authentic mulled wine. On the first Sunday of Advent, decorations stalls, crafts and sweet and savory delights illuminate the place Broglie. Strasbourg «Christmas capital» is not a trick: every year, the city develops the queen-party through its markets, Cathedral Square and other places where the soil is honored. Place Kléber is reserved for the Village of sharing. High-speed trains throughout Europe serving the city. Paris is only 2:15 of the capital of Europe.