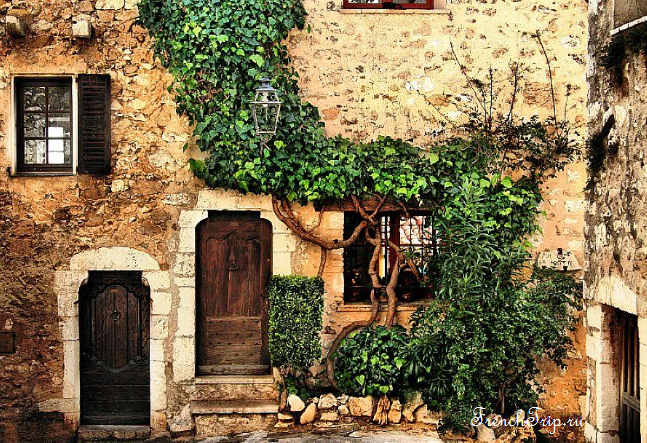 The most beautiful villages in France artists

Stop by and take out your notebook, your easel or camera. Who wants to play the artists time to a summer selection of villages that have inspired the greatest names. Your turn to immortalize!

From the beginning of the century, this small hilltop village surrounded by vineyards, was a must for many artists. Matisse , Modigliani , Jacques Prévert or Giono attended the village, including his famous inn of La Colombe d’Or . Beautifully preserved, it now houses in its maze of narrow streets an impressive concentration of art galleries . Tip: after the bustle of the day, at the hour when the sun sets, why not treat yourself to a stroll along the ramparts to the cemetery?

Located between the forest of Fontainebleau and the plain, Barbizon was atXIXth century, the favorite place of landscape painters . The hamlet was reduced to a main street lined with modest houses when, in 1820, young Parisian painters began to come and paint from nature. From qu’ouvrit the Auberge Ganne , they took their pension in exchange for paintings. Among this first group of artists, later called Barbizon school, included Corot , Daubigny , Millet , Théodore Rousseau , etc. In 1863, the young Impressionists Monet, Renoir, Sisley also come to Barbizon but there will not.

The discovery tour of the Barbizon painters ( www.barbizon-tourisme.com ) leads from the inn Ganne and houses of Rousseau and Millet to forests and rocky chaos painted by Corot.

Leader of the Surrealist movement , André Breton wrote about this medieval village perched above the Lot, he discovered by chance in 1950, «I have stopped wanting to be elsewhere». The author of L’Amour fou buys, in the aftermath, the former residence of the Knights, the Auberge des Mariners , where he comes every year until his death in 1966. Saint-Cirq-Lapopie becomes during the summer stays of Breton, a hub of surrealism, where his artist friends, including Man Ray , Dalí , Picabia , Toyen or Max Ernst stay regularly.

Fifteen artists galleries, sometimes away from surrealism, are present in the cobbled streets of Saint-Cirq-Lapopie ( www.saint-cirqlapopie.com ).

«There are lots of well-being in the air,» wrote Van Gogh to his brother Theo in speaking of Auvers-sur-Oise , «far enough from Paris to whether the real campaign.» This is true. It’s settling here during the second half ofXIXth century that the painter Daubigny and Dr. Gachet, art collector, Auvers are the cradle of Impressionism . Follow Pissaro , Cezanne and Van Gogh who, before shooting himself in the chest, painted more than 70 canvases … in 70 days! Tables if known today as the places seem familiar.

Besides the workshop Daubigny and the house of Dr. Gachet, the Absinthe Museum takes you into the intimate world of the Impressionists ( www.musee-absinthe.com ).

The old town of Céret , winding, steep, shaded by plane trees, receives the Catalan sky steep light that splits the volume and roofs of the surrounding terrain. We understand that he housed the laboratory when cubism before 1914 Picasso , Braque and Juan Gris are taking pension. But other painters such as Chagall and Soutine , have also attended. The capital of Vallespir seems to have formed a pact with the artists, the beautiful Museum of Modern Art presents major works. You will see include Picasso cups on the theme of bullfighting, one of the local passions.

Near the Capuchin convent, one can see the house delcros. Picasso and Braque were staying upstairs. She remained in the state but does not visit.

We associate Pont-Aven with Gauguin, Paul Serusier, Emile Bernard … So many great painters who, at the end ofXIXth century charmed by this small town in southern Finistère, its lights and changing effects, by the diversity of landscapes of the estuary of the Aven, its wooded hills, its port, its chapels and the surrounding hamlets, they laid there easel and color tubes for about fifteen years. Land of inspiration for painters, Pont-Aven gave its name to a school. And although this heritage has become a business, the city has retained its authenticity, in his landscapes.

The Municipal Museum of Fine Arts in Pont-Aven is an excellent introduction to the great painters who forged his reputation.

The port of Collioure, the ramparts of the old summer residence of the Kings of Majorca and the bell tower dome of the church of Our Lady of the Angels on a blue background … You enter in a table. You can even track a graphic way that pays homage to painters from their easels amidst the fishermen’s nets. Browsing the site, remember that Collioure, the workshop of Fauvism with Matisse and Derain, visited by Dufy, Marquet and many others, was first for these artists the opportunity to free themselves from the grip visible. So forget the marked décor and maybe you’ll discover that this village sitting on the waves, so often represented in a bright shimmer, must first beauty in drawing its handle and the purity of its architectural volumes.

Visit Collioure off season for not feel Montmartre-sur-Mer.

Ménerbes has a charm. Basking along a rocky spine, gardens and elegant mansions recall the personalities who lived here. Painters, poets, photographers, producers, writers, artists … Many souls fell in love with the place. In 1953, Nicolas de Staël settled in the small castle of Castellet. From 1944 until his death, Dora Maar, companion and muse of Picasso, lived in the house that the painter had bought him. In front, a garden pays tribute to the artist Joe Downing. And more recently, the writer Peter Mayle has left a strong imprint publishing a bestseller: A Year in Provence.

The house of Dora Maar, well marked, is located near the town hall. That of Nicolas de Staël is at the forefront of the village below. The writer Peter Mayle, meanwhile, has since fled to Lourmarin.

Before the star Saint-Tropez, there was the muse. The first to be seduced was Maupassant in 1888. The second, Paul Signac, left a major mark: he made ​​the small sleepy harbor the capital of the Neo-Impressionists, and allowed Matisse, Dufy, Bonnard or Manguin. Soon, the peninsula attracts artists at large. Colette, installed in 1925 on the bay Canoubiers come Kessel, Saint-Exupéry, Guitry, Cocteau, Jouvet … At Marlene Dietrich and Hemingway succeed Sartre and Beauvoir, Boris Vian, Sagan. Then, in 1955, arrives a young first: Brigitte Bardot. It’s the explosion.

Do not miss the superb collection of the Museum of the Annunciation. Around, the scenery (painted on the canvas) fortunately not changed!

Do not miss a visit to the superb Picasso Museum in the Chateau Grimaldi.